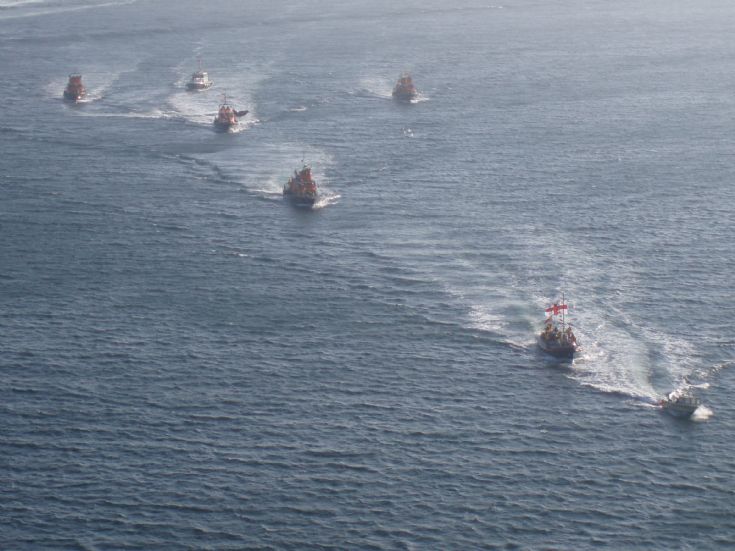 Homecoming of the new lifeboat

The photo shows the new Lifeboat, Helen Comrie, being led into Longhope by the Thomas McCunn, followed Queen Mother,
and flanked by Stromness and Thurso lifeboats.
Also in attendance were two harbour tugs along with the Coastguard standby tug and many other craft.
After going into Ousna, bay by the kirkyard to pay respects to the crew who died in 1969 the flotila went on up Longhope to a welcome the like of it has never been seen before.
The photograph was taken by Kieron Murry,winchman on the coastguard helicopter also in attendance.
Another two photos may be to follow.