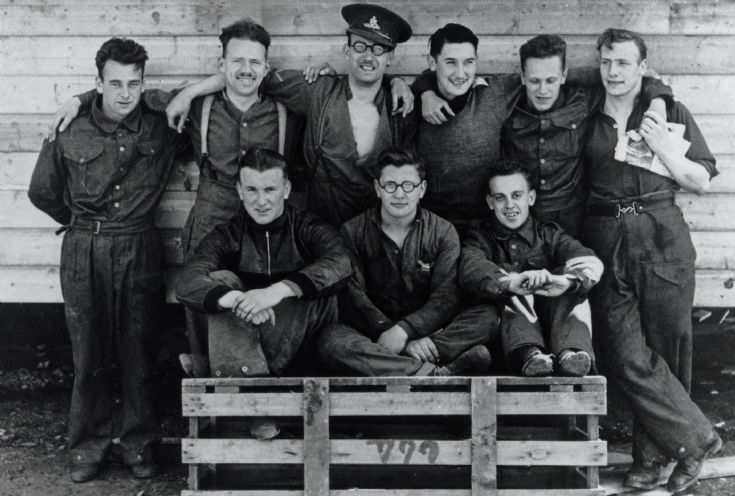 This picture is a group of nine men from the 226 Battery of the 101st H.A.A.Regiment Royal Artillery,which, I have reason to believe, was taken in Hoy at the beginning of the second world war.
History tells us that it was a troop from this battery,which was credited with the shooting down of the first enemy aircraft in WW2.
The only name I can confirm in this group is that of Bdr.W.Burges in back row second from the right.
P.Burges.

View Large Version
Picture added on 10 October 2007
This picture is in the following groups
101st Heavy Anti-Aircraft Regiment
Related Sites: Longhope Sailing Club
Comments:
More i/d for this picture:-
Gentleman standing on the left- Dave Campbell (Kirkwall)
Gentleman standing 3rd from the right-Alex Wilson (Kirkwall)
Gentleman standing on the right-Norman Davies (Manchester)
Added by Peter Burges on 20 October 2007
Centre back row in cap: My Father
Vincent Mellin of Glasgow, Scotland living when enlisted in Coventry
Added by Val Domican DAUGHTER- on 23 June 2019
Great to see my Father Vincent Mellin in this picture info by my sister Val Domican
Added by Veronica Booth on 04 July 2019
<< back