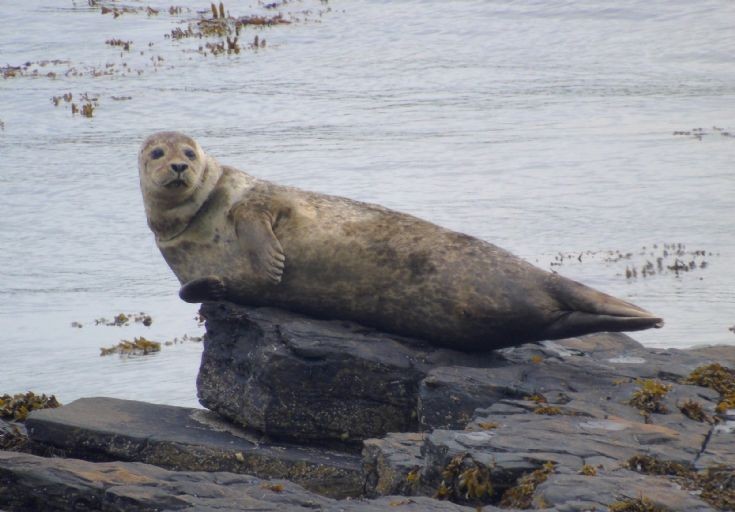 Common or Harbour Seal with ligature round its neck, Point of Buckquoy, Birsay, today 6 July 2015. The ligature appeared to be fine nylon line, and where it was digging in, and the seal had been scratching at it, the flesh was raw. The best hope for the animal will probably be that it manages to break the line before too much damage is done.
Just another casualty of human disregard for the health of the oceans that make up nearly three-quarters of Earth's surface.
Picture added on 13 September 2015 at 23:56
Related Sites: Milestone Community Church
<< back