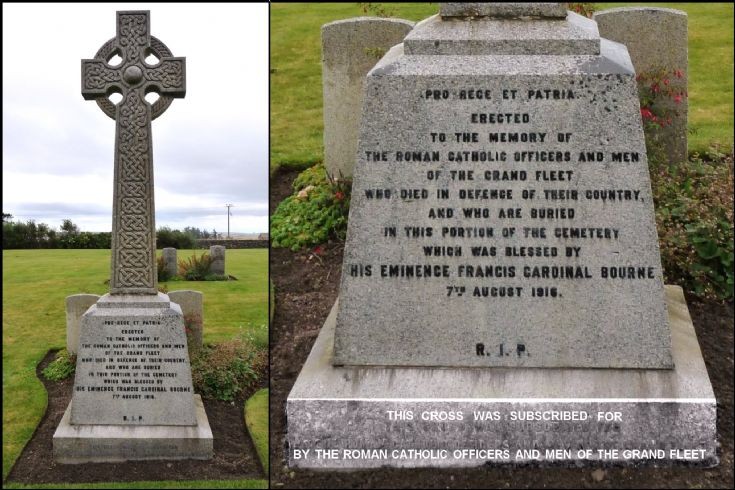 On previous visits to the cemetery I hadn't paid particular attention to this memorial. Even on this visit - in the rain - I didn't notice the faint inscription on the base of the plinth until I had it in the computer (whereupon I added the superimposed text for the sake of readability).

I find the memorial quite thought-provoking and wonder if others do too. In addition to the sense of loss and tragedy evoked by all war memorials, I'm slightly saddened by the idea of shipmates being separated into different portions of a graveyard after death, and whether that's what they would have wanted. Subscriptions for the cross must have been collected long after the deaths of some of those it commemorates - so disinterment, moving and reburial of bodies must have been involved. This post-mortem relocation was obviously considered worth shelling out hard cash for; while at the same time the donors must have acknowledged the likelihood of a coming-together again in the hereafter - if it hadn't happened already. So is there a point I'm missing?

The cemetery was as ever beautifully kept, a credit to is custodian.
Picture added on 21 October 2013 at 20:21
Related Sites: Longhope Sailing Club
<< back