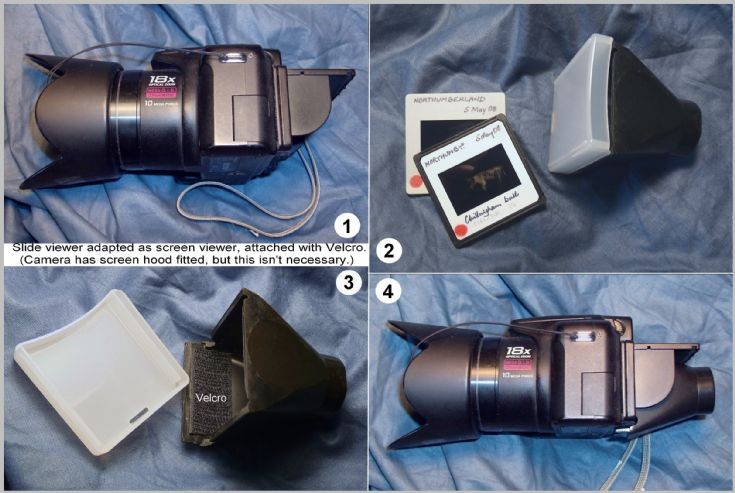 A widespread complaint among digital camera users is that the image on the screen becomes invisible in strong sunlight. My Lumix (above) has an eye-level viewfinder as a backup but it's not much use in practice. (The camera vaguely resembles an SLR but isn't one.) I priced a few proprietary screen viewers, and finding them surprisingly expensive, hit on the idea shown here. Almost everyone who ever shot slides has one of these simple hand viewers which, with little or no modification apart from detaching its translucent diffusing screen, will do the trick perfectly (and still remains available for its original purpose). A bit of Velcro on both viewer and camera holds things together. It's so light, you don't notice it as an addition to your camera-bag or, if you don't use a bag, it'll fit in a pocket.
Picture added on 03 March 2013 at 23:47
<< back