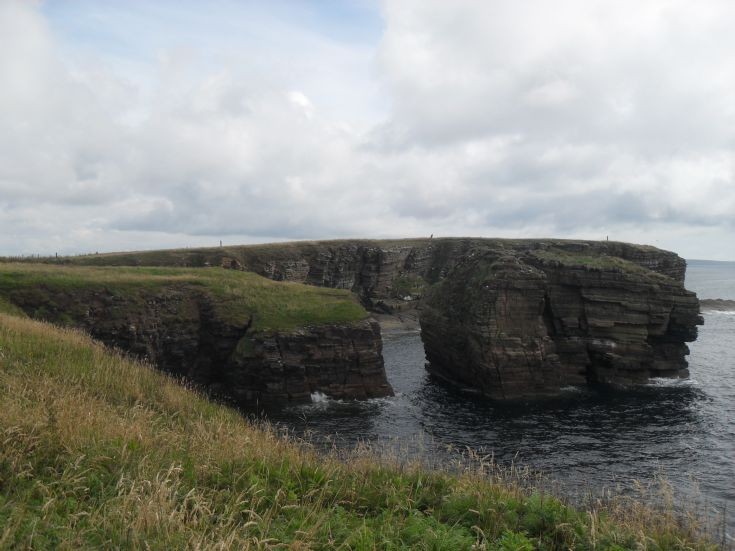 The 'Candle of Snelsetter' taken in August 2012. Tradition has it that "On the coast of the Pentland Firth, close to the farm of Snelsetter, is a detached mass of rock, wholly surrounded by the sea, upon which there formerly stood a Scandinavian stronghold or " keep," in which the fugitives of war could hide in safety and repel any number of assailants. Remains of this ancient " keep " are still visible. This part of the island is only about eight miles distant from Caithness, and would, doubtless, be the first land touched at by warlike parties coming from the mainland of Scotland. The bays of Osmundwall and Longhope, being fine natural harbours,
would afford shelter and anchorage to vessels from the severest storms." Rambles in the Far North by R. MENZIES, LONDON 1884.
Picture added on 05 December 2012 at 09:00
Related Sites: Longhope Sailing Club
<< back