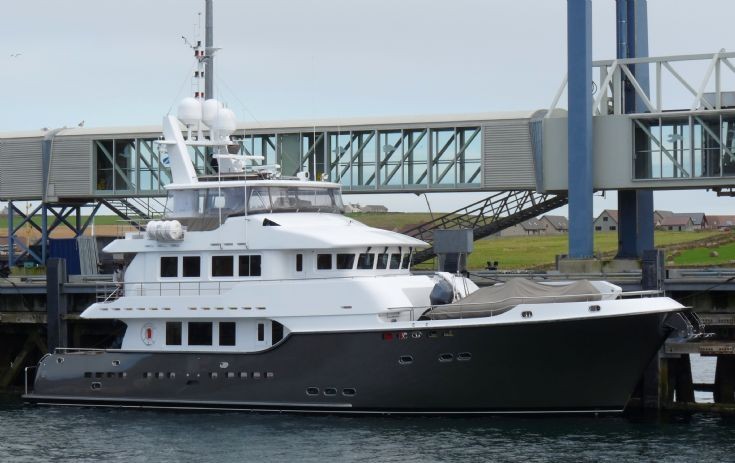 Rather tasty vessel alongside Stromness North Pier this week. Flying an unusual flag of convenience - Bikini, Marshall Islands, of atomic bomb fame - the 26-metre CaryAli is described as a luxury charter yacht whose normal haunts are the Caribbean and the Med. She can be yours for a mere £30-40,000 per week.