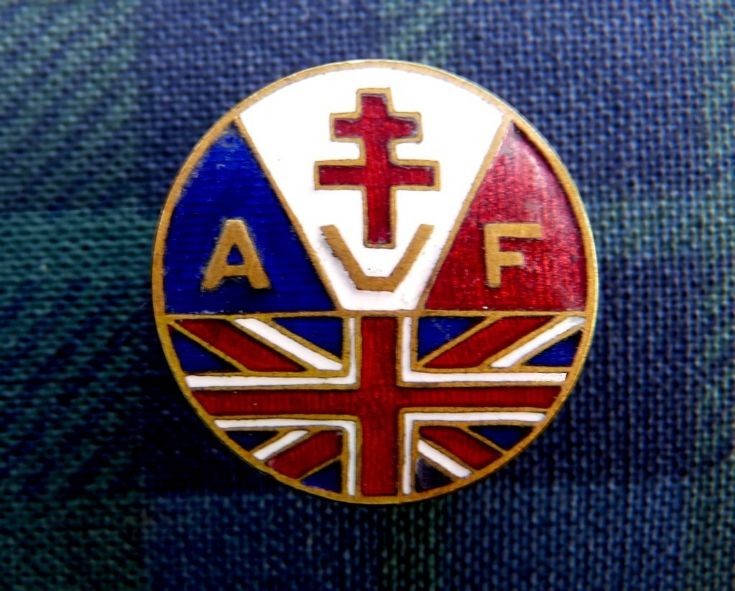 Mystery thing. Picture taken today, object dates from 1940s. I'm not posting this as a puzzle; I know a bit about it, but would be interested to know more.
Badges like this were no doubt sold throughout the UK, but this was one of a number sold in Stromness Academy by the French teacher, Miss Leask - presumably with official permission. It was bought by my older brother. I've no idea what it cost. It depicts the French Tricouleur atop a slightly inaccurate British Union Flag, with the Cross of Lorraine and initials of Amis des Volontaires Francais.
The Cross of Lorraine was the emblem of the 'Free French', and the badge must have been sold in their aid. I'm hoping some who bought these badges will contribute a bit more information.

View Large Version
Picture added on 14 May 2010 at 00:28
This picture is in the following groups
Mystery places or things or people
<< back