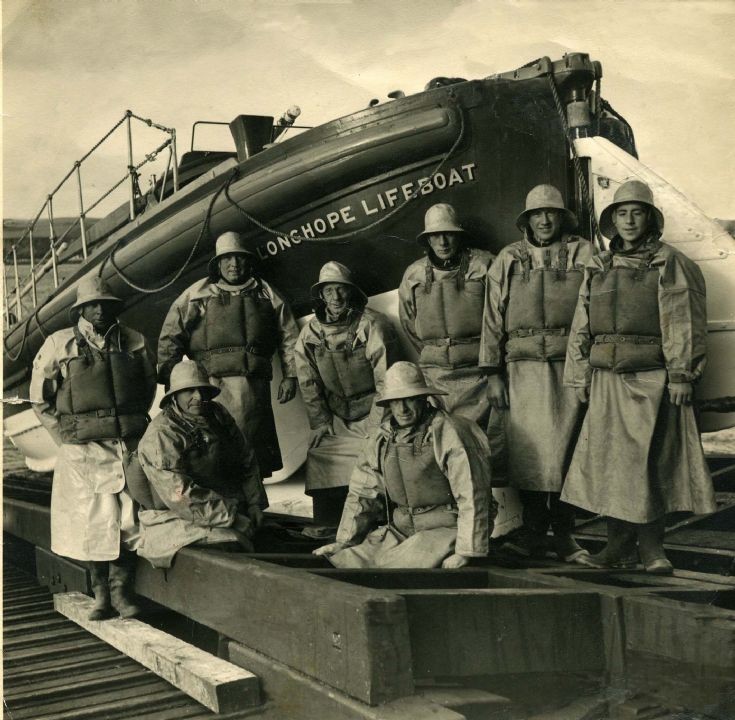 Dan Kirpatrick also took part in the service, but was not there for the photograph. The photo was taken by Jimmy Swanson, who was the manager of the Longhope Hotel at the time, but joined the crew later and was lost in the disaster of March1969.