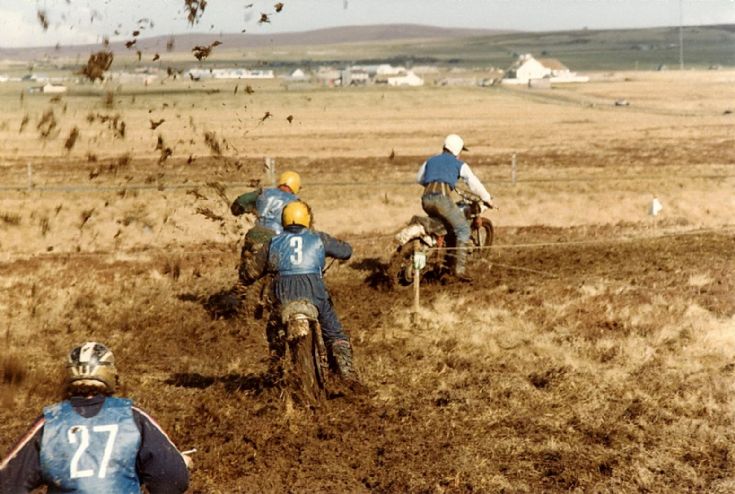 Scrambling at Hackland in Sandwick

Not sure when the pictures were taken but I suspect it was the late 70's or early 80's. I was looking for a nice picture I took of the late Duncan 'Dan' Hourston from Dounby riding his bike. I couldn't find it but I did stumble across these which were taken the same day. Dan was a fearless character and was ideally suited to scrambling. My abiding memory of Dan was watching him scale the mast on the MV Orcadian as we approached Kirkwall pier on the way home Inter County football, hockey and scrambling. I think Dan might be nearest the camera in the picure with three bikers.

Anyone know who the others are?
Picture added on 03 December 2006
Related Sites: Milestone Community Church
<< back