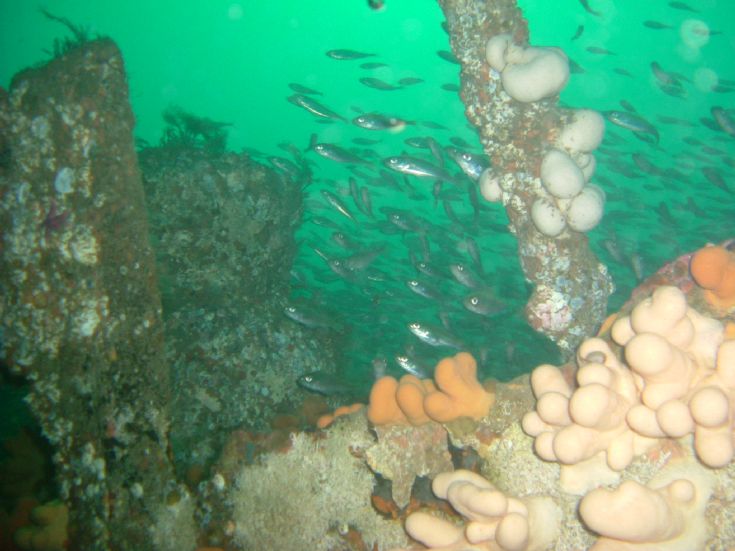 Shoal of 'codlings?' on the wreck of The Endeavour in the string. Sunk there on 10th April 1918 after a collision with another vessel whilst on boom defence duties. Large 'V' still visible on starboard side of the hull at point of impact. Several fragments of 'blue' shipping light lenses to be found on this wreck rather than the usual Red/Green, Port/Stbd lights. It has been suggested that 'blue' was used due to its reduced visibility during the war but I cannot confirm that.