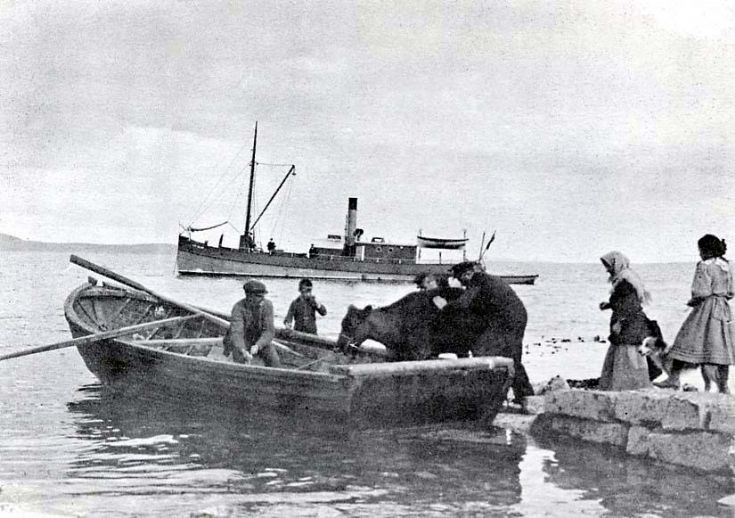 This picture was by George Ellison,a regular photographic visitor to Stromness, circa 1902.
From information I have available, this Hoy Head was built by T.B.Seath Fisher in Rutherglen in 1896.
First owner was R.Garden of Kirkwall and was described as the south isles mail steamer. 1896 to 1919.
Second owner was Stromness & South Isles Steam Packet Coy.This was from 1919 to 1921.
Third owner was Swanson & Towers From 1921 to 1938.
Fourth owner was Bremner & Coy. Stromness from 1938 until being broken up in 1956.

View Large Version
Picture added on 09 November 2008
Comments:
I widna like tae load some o wur daft coos on a bit o a boat like that. The owld man widna be draan on his pipe fur very long, they wid be owar his head his pipe wid be doon his throat!!.
Added by John Budge on 10 November 2008
I've stumbled onto this pic for the first time, and it makes me wonder if my guess that George Ellison took picture #26065 might have been right after all.
Added by Ian Hourston on 06 March 2014
<< back